The pharmacy workforce is experiencing a shift in roles, responsibilities, and training. Pharmacists are becoming increasingly involved in patient care. There has been significant growth in the number of new pharmacy graduates in recent years. Students need to be integrated into pharmacy teams as productive, contributing members. And lastly, it is noted that a formal career ladder for the pharmacy technician would benefit many health system pharmacies.

Healthcare: A Hot topic – yes itis always a hot topic when it comes to politics and elections and this year is no exception. The two leading winners of each party have expressed their opinions and goals many times in regards to healthcare over the past couple of years.

Proposals: Donald Trump says he plans to repeal the Affordable Healthcare Act and replace it with a government-funded universal health care plan. Trump is a little unclear on what his health care plan would look like, but it would be a market-based alternative. Becker’s Hospital Review has an article which unveils Trump’s healthcare policy. Other websites have differing Trump plans basically because he answers the questions differently over time.

Opposition’s ideology – Hillary Clinton plans to build upon the healthcare plan that Obama started. She wants to expand health care access for rural Americans and work to lower the costs of deductibles, copays, and medications. She wants to exempt three doctor’s visits per year from deductibles, provide a refundable tax credit for out-of-pocket health care expenses that are more than 5% of income and block insurance rate increases. Hillary also wants taxpayers to pay for drug research and development, not drug companies among other views.

FYI – Anew analysis reports that Donald Trump’s healthcare plan would result in about 21 million people losing health insurance and cost about $270 billion over 10 years. The analysis, from the Committee for a Responsible Federal Budget (CRFB), looks at the healthcare plan that Trump released earlier this month, which includes many popular Republican concepts.

In addition, Trump’s plan calls for converting Medicaid into block grants to the states. However, Trump does not provide any details on how big these block grants would be. 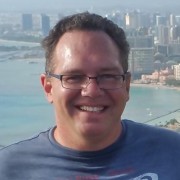 Brent Bankosky is the Chief Operating Officer of Enviro Tech Chemical Services, Inc. and has managed the company to strong growth in a highly regulated industry.

Highly Sensitive Yet Informative – Politics vs. PharmacyunratedBrent Bankosky2019-01-31 03:28:55The pharmacy workforce is experiencing a shift in roles, responsibilities, and training. Pharmacists are becoming increasingly involved in patient car…